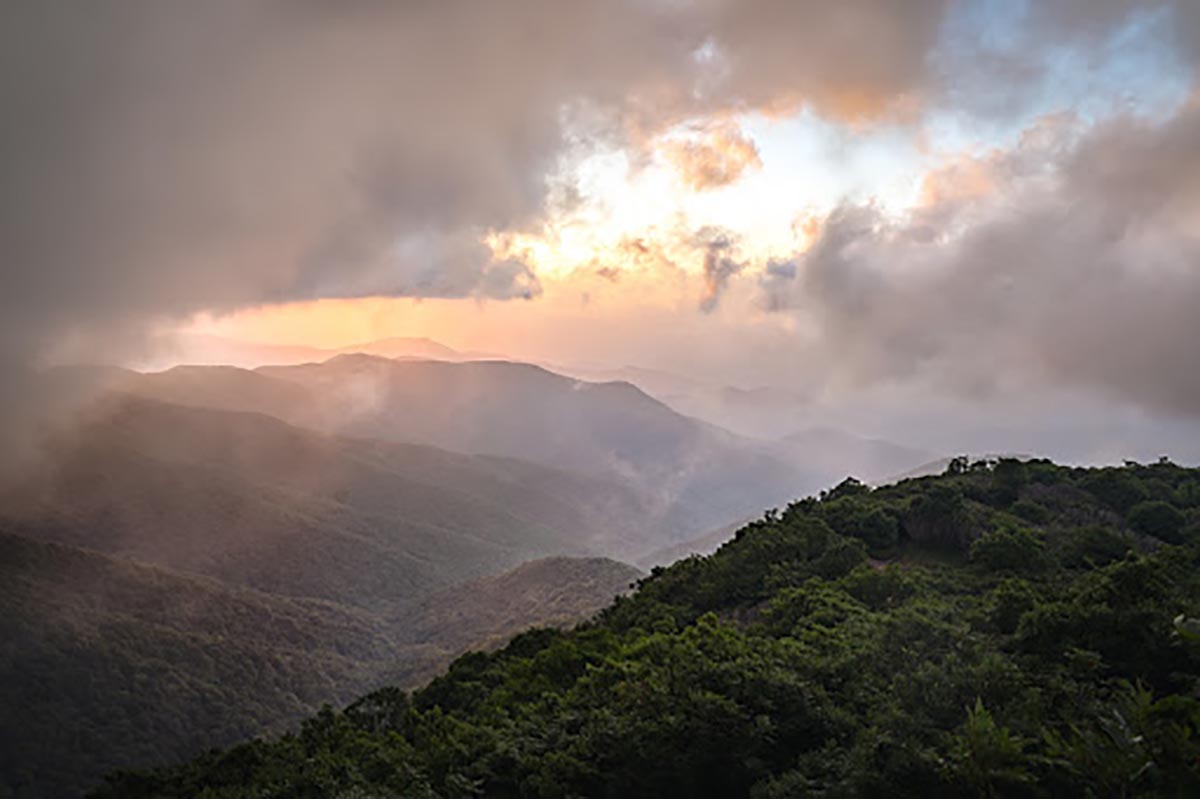 Nestled in the foothills of the Blue Ridge Mountains in South Carolina, Fair Play Camp School has become a wilderness sanctuary for many boys since its beginning in 1980. Their work with adolescent and teen boys experiencing behavioral or emotional problems has brought hope to hundreds of homes and families. With over 500 acres, the outdoor setting provides countless opportunities to teach, explore, experience adventure and promote a sense of well-being and tranquility through outdoor therapy.

Camp is for boys, ages 8 to 17, who’ve agreed to placement because of a desire to change. They live in one of  four campsites which is home to ten boys and two counselors, who are called “chiefs.” The average length of stay is 18 months. The combination of mentoring by a chief and positive peer pressure from a group leaves a lifelong impact on a boy. The structure of camp provides a safe place for a boy to begin to put his life together.

Their situations felt hopeless. These families have tried many therapies and various methods to get help. Nothing seems to work. They didn’t know what else to do. “Our son had every test known to man done on him,” one father said. “We were told that there was nothing they could do for him.”

“Since he was adopted from another country, we had no help from the Department of Social Services,” a father explains. “We were on our own. We didn’t know where to turn.”

In their desperation, these families searched far and wide for a solution. They often learned about camp from other families, or a professional. Many families were surprised that camp wanted to work with their son. “Our family worker said they could help us with our son,” one mother said,                    “but… I didn’t believe him.”

The Fair Play Camp School was founded in 1981 by a father and son, Harvey and Floyd Yoder. They owned a hardware store in central Virginia and became acquainted with a camping program in the area. Through their interactions and several visits to the program, a vision was born. Developing a similar camping program with a focus of sharing God’s love became a burning desire for them. In the late seventies they moved to Fair Play, South Carolina, and in 1981 started the Camp. Giving boys a new outlook in life has been their purpose throughout the years, and the original vision of sharing God’s love by modeling the teachings of Jesus is still the goal of the Camp today. 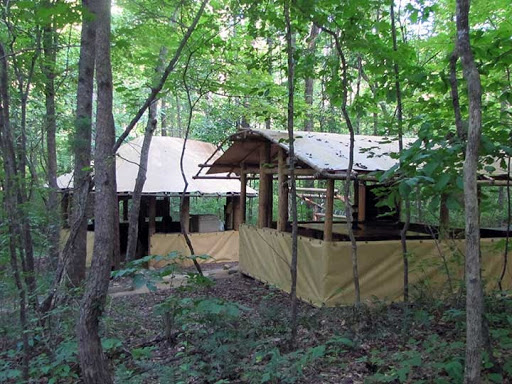 Campbell Loughmiller developed the concept of therapeutic camping more than fifty years ago. The positive impact of this proven philosophy on troubled youth has been the model for the Camp for many years.

“Camp provides a space for a boy to deal with his attachment difficulties,” explains Gary Barnhart, program director. “We have the time at camp for him to share when he is struggling. His chiefs and group will stop everything to focus on the present distress. As he begins to open up, the others speak into his life in a caring and understanding way. Over time, his brain will start to reframe relationships as he learns to express what he is feeling and begins to trust others.”

The goal at Fair Play Camp School is to see families reunified and damaged relationships restored. Before a boy comes to camp, family workers conduct multiple visits with his family to help prepare them for the journey at camp. During camp, they stay closely involved with the family, keeping them informed of his progress and helping them prepare for their son’s return home after graduation. During a boy’s Camp stay, connection with the family is maintained through home visits every six weeks, letter writing, and quarterly evaluation conferences. All of the boys come to Camp with a significant amount of unresolved problems at home, in school, and in their communities. While at Camp they are learning on a daily basis how to resolve conflicts as they arise in their group. Our long term goal is for the family to become the primary problem solvers with the boy. 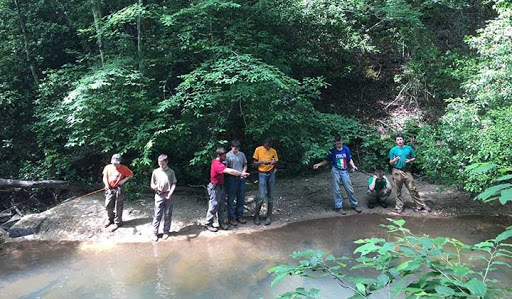 One of our first objectives in helping a boy is to bring order to his life. We do this through the simple things of learning to take care of ourselves. Clean clothes, making a bed, sweeping a tent, raking a trail, setting a good cooking fire, etc. As boys learn to bring order to the chaos of their outer lives, they are given confidence to begin looking at the chaos in their inner life. Outdoor Therapy helps them address the emotional and spiritual issues that keep them from being at peace with themselves and others.

Another big problem for almost all of the boys who come to Camp is impulsiveness. Decisions tend to be made with only the next five minutes in mind, regardless of the consequences of the next five years. We want to help a boy learn to think clearly about how decisions impact his life and the life of the group for good or ill. Once a week, the group sits down and plans out in detail what they will do the next week. With Outdoor Therapy, they have the opportunity to plan fun and adventure, but also need to think about and plan for work and activities that need to be accomplished for their own welfare. “Everything we do at camp, we do together,” Daniel Hochstetler, executive director, said. “The constant interaction with his chief and the other campers fosters trust. As they solve problems, they are able to get below the surface of his acting out to see what is really bothering him. As they care and help each other, the boy becomes part of the solution – not just a problem. He begins to believe that he can be different.”

One of the most important skills each and every one of us needs for the rest of our lives is problem solving. A group learns that living together requires the skill of problem solving in order to function. Anything that promotes a bad attitude or produces conflict is identified as a problem. When a problem comes up in a group, the whole group stops what they are doing, circles up, and talks about the situation until there is resolution, and everyone is in a 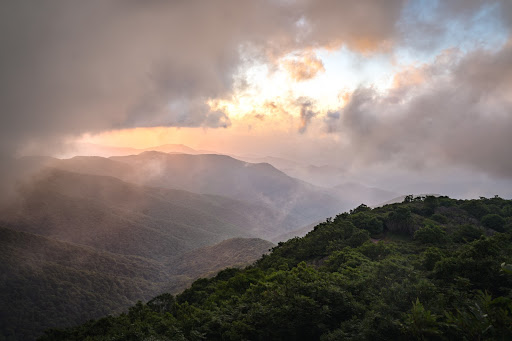 good attitude. In this way, a boy learns to solve real life situations in the context of when it happened and with whom it happened. With Outdoor Therapy, problems are worked through in a constructive way and it actually builds relationships, rather than continuing the destructive cycles from unsolved problems. 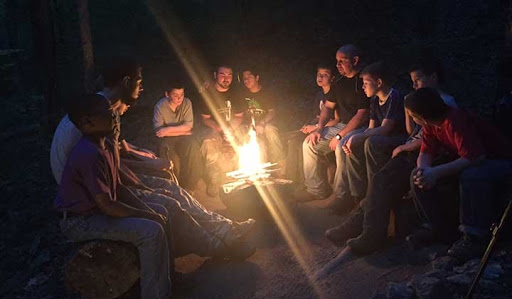 Evaluation is a big part in the process of helping a boy learn to put a word on what he is feeling. To be able to do this in a positive way, without “blowing up,” acting it out, or even just internalizing it, is so important to developing healthy relationship skills so the boy can function in life. Many times a day, a group will stop what they are doing and talk about what they have accomplished. “What was good?” “What can we do better?” These questions help give perspective to a group. At the end of every day, the group has a “pow-wow,” which is an opportunity for every boy to give expression to the activities of the day and the impact on his life personally and the group as a whole.

“When a boy graduates and goes home, the family is given a renewed hope that things can be better,” Daniel said. “With all that they have been through, many families quit believing that they can be a healthy family. The camp experience renews their passion, giving them energy, courage and hope to move on. Camp doesn’t fix the boy. We help them understand what the problems are which gives them the confidence and tools to work through them.”

One mother says, “I don’t think donors realize how much impact they are making on a boy’s life. When people donate, it impacts an entire family’s life.

Camp totally saved his life and our family as well.”

healing and hope? You can donate directly, but also know that every Stoll purchase supports Fairplay Boys Camp and many other programs like it. Thank you for making a difference!